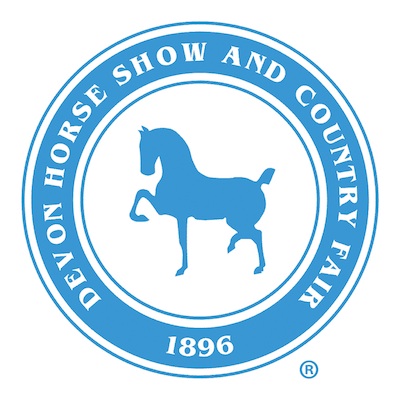 Kelley Farmer earned the Devon Horse Show’s Grand Hunter Championship in 2013 with Back Story; then she did it again in 2014 with Scripted, and on Wednesday she rode away with the top honor for an impressive third time in a row, this time aboard Kensel LLC’s Mindful.

Winning one of Devon’s top honors three years in a row is a testament to Farmer, as well as a testament to the special horses of Farmer and Larry Glefke’s Lane Change Farm. For Farmer, Mindful is one of the extra special ones.

The pair earned the High Performance Hunter championship at last year’s Devon Horse Show, early in their partnership, and they did the same this week before Mindful was ultimately named the Grand Hunter Champion.

„He’s an unbelievable animal,“ Farmer said. „[The Devon Grand Hunter Championship] is a nice credential for him. He deserves it.“

By Wednesday afternoon, the hunt for the grand championship award had come down to a tight race between Farmer and Mindful and the 2015 Leading Hunter Rider, Scott Stewart and his Green Conformation Hunter mount, First Light.

With a second place finish, Farmer pulled it off and clinched her third Devon Horse Show Grand Hunter Championship in a row.

„I knew it came down to the hack, but I didn’t know what I had to get. Scott and Larry always know,“ Farmer said. „I wanted him to hack well no matter what. He was champion here last year, but Scripted was Grand Hunter Champion. For him to be Grand Hunter Champion is really, really special.“

Farmer continued, „I have to say, he knows, he’s the ultimate show horse. He doesn’t let you down; he knows when it’s time to win.“

The tight race for top awards is nothing new between Stewart and Farmer. Stewart has dominated the Leading Hunter Rider title, having won in 12 times, only interrupted most recently by Farmer who claimed the title in both 2013 and 2014. This year, the title returned to Stewart who made it a baker’s dozen, earning the top accolade for the 13th time.

In addition to success with Stephanie Danhakl’s First Light in the Green Conformation Hunters, Stewart picked up points toward the leading hunter title by taking championship honors in the Second Year Green Hunters with Gina Day’s Ashcroft.

„To be champion and reserve in the same division with both Betsee’s horses is fun. She’s such a great owner and supportive with me and with Scott. To be champion or reserve either way is fun, but obviously I like being champion,“ Tosh joked.

On Tuesday evening, Cold Harbor was named the National Show Hunter Hall of Fame’s Regular Conformation Horse Of the Year, and he lived up to every bit of the title on Wednesday.

„He tries so hard and jumps beautiful. He truly is a special horse,“ Tosh said. „He’s got so much range, and he tries so hard. He gives you so much height. We have to remind him not to try too hard sometimes. He’s really just been great from day one. The first year, when he was Green Conformation Hunter champion here, he was a 5 or 6-year-old. He’s been just special from the beginning.“

Tosh continued, „For as many years as he’s been showing now, doing the same job, he still tries as hard as he did day one. It’s something special about him.“

While Wednesday marked the conclusion of professional hunter divisions, the top hunter competition continues on Thursday with the $25,000 USHJA International Hunter Derby. The International Hunter Derby kicks off at 12 p.m. with more than 50 of the country’s top hunter horses, including Mindful, vying for the top honors. The full Devon Horse Show schedule and results are available online at www.devonhorseshow.net.